Jyske Bank Boxen is an indoor arena, located in Herning, Denmark, which was opened in October 2010. It hosts concerts, ice hockey, basketball, volleyball, handball and gymnastics competitions. It hosted the 2013 European Short Course Swimming Championships, the 2014 European Men's Handball Championship and the Women's World Handball Championship 2015. The arena will be one of two arenas to host the 2018 IIHF World Championship. 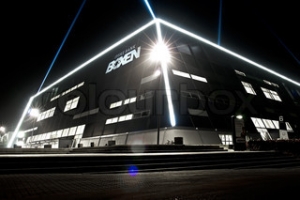 For more information on this project, send a message to emexit@teknoware.com