Local Controller allows that the emergency lights are switched on, if irregularities occur in the power supply of the normal lighting. Maintained and non-maintained emergency lights can be connected to the same circuit cable. 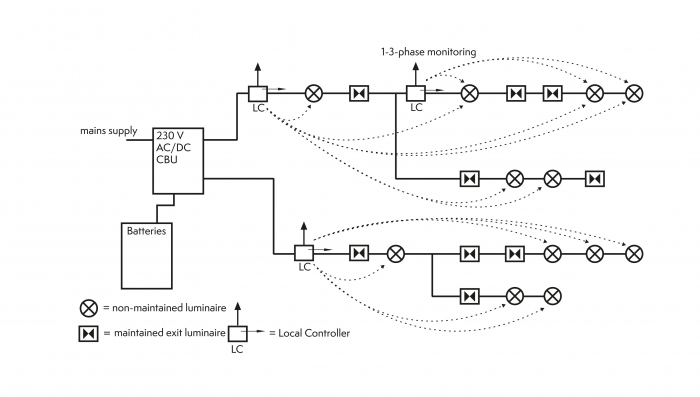 Power failure messages in real time
TST6804 and TST6805 devices also have a switch control input, trimmer or DIP switch. They control how long the luminaires stay on after return of normal input (0-15 minutes).

The relay output of the device can also be used to alert of a local power failure.

The non-maintained emergency lights in the Local Controller system must be addressable, with the letter K at the end of the type code.

Information and offers on Local Controllers for Central Battery Systems